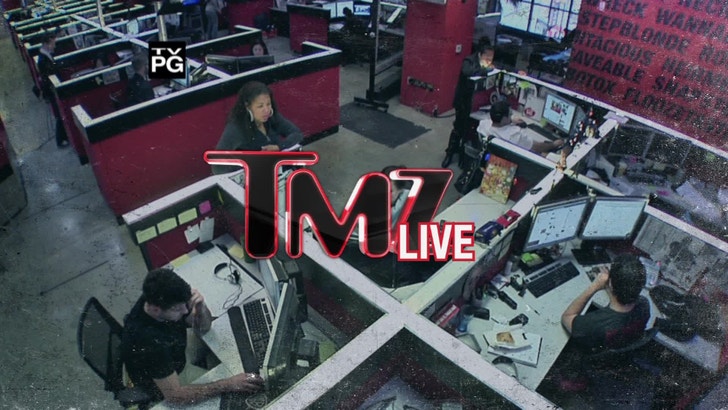 Chris Brown has outdone himself this time -- accused of lying, repeatedly, about completing his community service in the Rihanna beating case. And the worst part may be that several other people, including a police chief, allegedly helped him cover it up. Should the DA drop the hammer?
Plus, Donald Trump calls in to explain why his lawsuit against Bill Maher isn't a joke -- even though Bill was trying to make a joke when he offered Donald $5 million to prove his dad wasn't an orangutan. You gotta hear Trump ... he's offended and PISSED!
And, after the Super Bowl ... Katherine Webb is back in LA -- and talking Playboy! Smart move for her? Or bad move for her relationship with Alabama's star QB?

(0:00) Chris Brown is in DEEP trouble -- after records show he may have FAKED his community service from the Rihanna beating case. We broke the story -- and we have all the latest details. Plus, Frank Ocean says Chris Brown threw the first punch.
(10:00) Donald Trump calls in to explain why his five million dollar lawsuit against Bill Maher isn't just a bunch of monkey business.
(18:00) Michael Strahan was passed up for a spot in the Hall of Fame -- could it all be Kelly Ripa's fault? Fox Sports analyst Petros Papadakis calls in with his own (credible) theory.
(24:00) Breaking news ... Chris Brown's attorney Mark Geragos fights back against the claims Brown faked his community service.
(26:00) Katherine Webb says she would NOT do Playboy ... but Max thinks she should for a lot of reasons.
(29:00) New England Patriots TE Rob Gronkowski could have re-re-injured his broken arm while wrestle-dancing in Vegas ... and we have the video to prove it.
(32:30) It's the 20th anniversary of "Cool Runnings" -- so Harvey thinks it's a good time to talk to Congressman Earl Blumenauer about legalizing weed. The best part ... Earl reveals his favorite munchie!
(37:00) The floor is yours!
(42:00) Michael Phelps cries like a baby after the Ravens win the Super Bowl ... and Evan digs himself into a hole after comparing Phelps tears to his wife's.