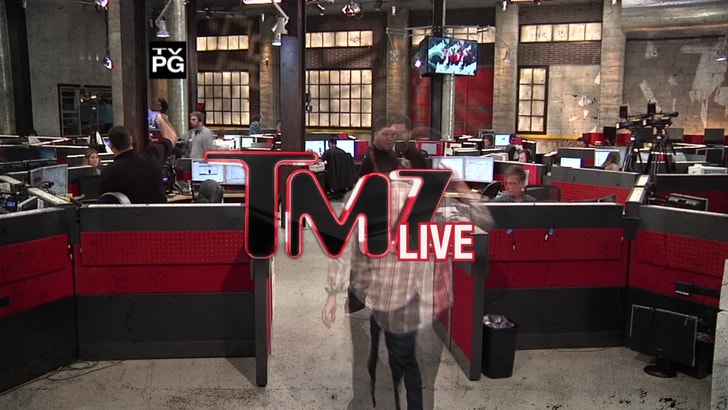 TMZ Live
Lil Wayne does a dance on Old Glory for a new music video! Lots of people are pissed he chose to disrespect the U.S. Flag ... while others think he's justified. Will the protest hit Weezy where it hurts most -- the wallet?
Plus, Kim Kardashian and Kanye West's bundle of joy arrives right in the middle of her dad's promotional tour for his new album. It drops tomorrow ... should Kanye get back to work, or stay with Kim and the baby?
And, Chad Johnson gets ripped a new one by the judge who locked him up for the ass slap -- but then he catches a break, and seems uncharacteristically grateful. Has he really turned over a new leaf ... or is he just terrified of the judge?

(0:00) Lil Wayne tramples an American flag -- we know it's his right to free speech ... but did he go over the line?
(6:00) Kim Kardashian and Kanye West had a kid ... and there aren't many people who think he's going to be around.
(10:00) Charlie Sheen fires his co-star Selma Blair ... did she deserve it ... or was she just pointing out a harsh truth?
(15:00) Miley Cyrus -- a photo she posted suggests she's taking sides in her parents' divorce.
(18:00) Former "American Idol" finalist Carly Smithson joins us to explain her singing competition boot camp.
(24:00) Jay-Z is releasing his next album like no one ever has -- does it make him a business genius, a sellout ... or a combination of both?
(28:00) Chad Johnson's butt slap punishment is over -- and it looks like he's turning over a new leaf.
(32:00) The woman behind the Twitter account "Feminist Taylor Swift" joins us to clear up whether or not she's mocking the singer ... or is just a huge fan.
(36:00) The floor is yours!
(41:00) Amanda Bynes -- shades of Britney?