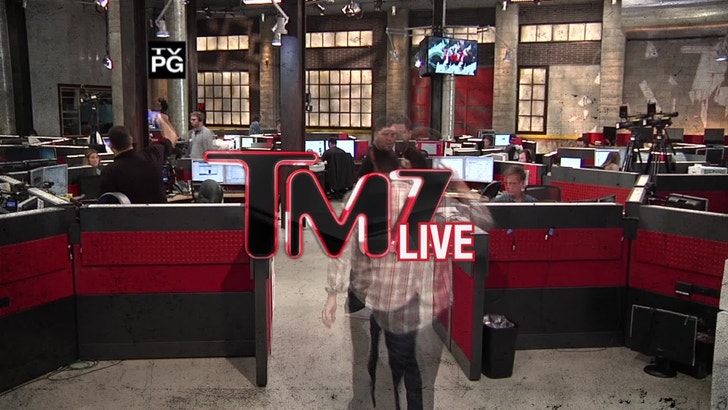 TMZ Live
Another one of Paula Deen's biz partners jumped ship today ... but Harv thinks there's been a rush to judge the TV chef. So, we're tackling the real question here: Is Paula really racist or just totally ignorant?
Plus, "Entourage" star Adrian Grenier joins us to talk about his documentary film "How to Make Money Selling Drugs" -- a ballsy new take on the war on drugs.
And, Dwayne "The Rock" Johnson is on a ridiculous diet to beef up for his role as "Hercules" -- but can you really get that shredded on food and exercise alone?

(0:00) The Paula Deen backlash hits a high -- is she being unfairly treated now?
(10:00) Kim & Kanye West enthusiast Mike Walters attempts to explain their baby's name North West. It doesn't work so well.
(14:00) Paris Jackson -- her issues are more troubling than we first thought.
(18:00) Adrien Grenier joins us to explain his controversial documentary "How to Make Money Selling Drugs."
(24:00) Billy Ray Cyrus and Tish -- having makeup sex?
(28:00) The Rock's insane diet -- can he really get that big without outside help?
(32:00) Chris Brown's alleged victim joins us to explain what she wants out of the situation ... but something doesn't add up.
(36:00) The floor is yours!
(41:00) Miley Cyrus in short shorts ... a gift to the world.