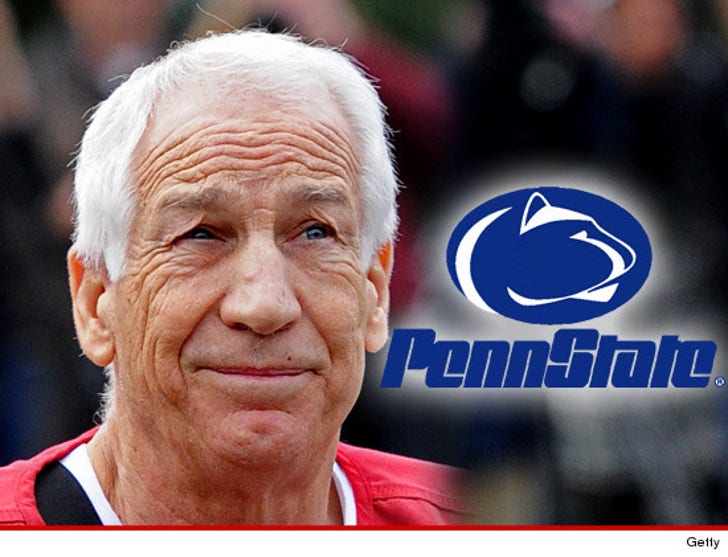 Penn State University has agreed to to pay $59.7 million to 26 men who were sexually abused by former PSU assistant football coach Jerry Sandusky.

According to school officials, 23 of the victims have signed settlement deals ... and the other 3 men have agreed in principle.

PSU officials insist the settlement cash will not be funded by student tuition, taxpayer funds or donations. Instead, the school says the majority of the money will be paid out from insurance policies.

"We cannot undo what has been done, but we can and must do everything possible to learn from this and ensure it never happens again at Penn State.”

Sandusky was found guilty of 45 counts of sexual abuse over a 15 year period. He's currently locked up in prison, where he will surely die.

For his part, Sandusky insists he's innocent. No one believes him.