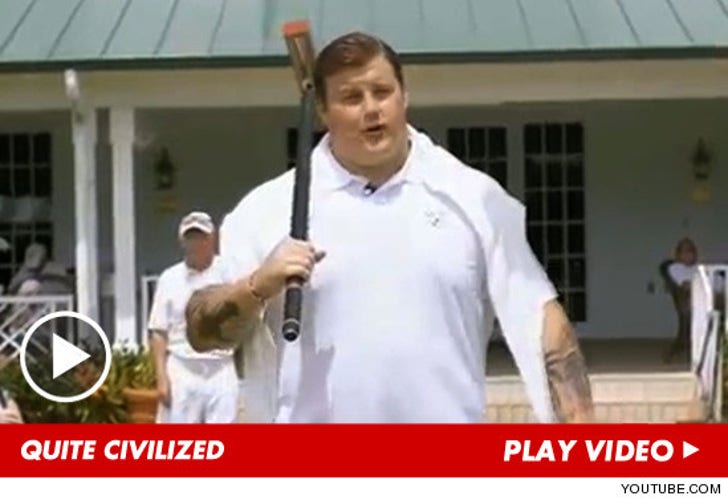 Miami Dolphins lineman Richie Incognito isn't the overly aggressive a-hole he's made out to be ... at least that's what he tells Dolphins fans before each and every home game.

TMZ has learned ... before the allegations of locker room bullying went public, Incognito shot a PSA video that plays at Sun Life Stadium -- in which he reminds fans to behave properly in the stadium.

"Players have called me overly aggressive," Richie says ... "but off the field, and on the croquet lawn, I'm quite civilized."

RI then reminds fans to be "respectful and civilized."

Shoulda followed his own advice ... allegedly.