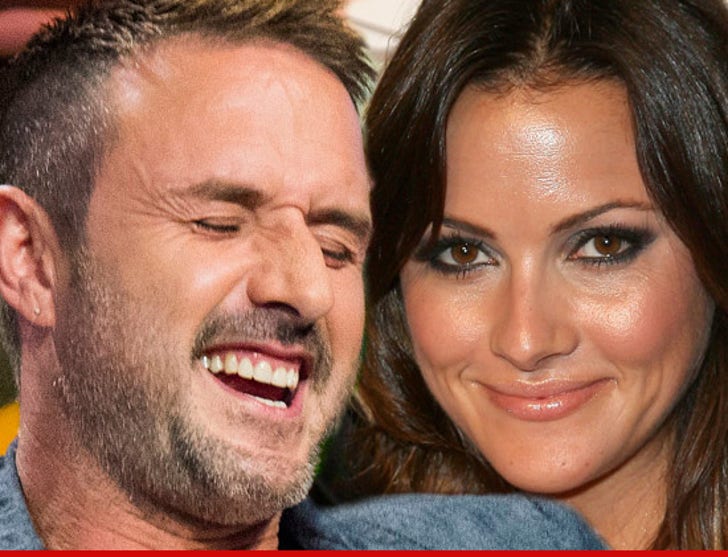 Multiple sources confirm to TMZ ... David's GF, Christina McLarty is in her 4th month. McLarty has been on several entertainment shows, including "Entertainment Tonight."

David and Christina have been on-and-off for 2 years.

David has been boasting to the crew of the movie he's shooting in Vancouver that he's going to be a daddy again.

As you know, David also has a 9-year-old -- Coco - with ex-wife Courteney Cox.