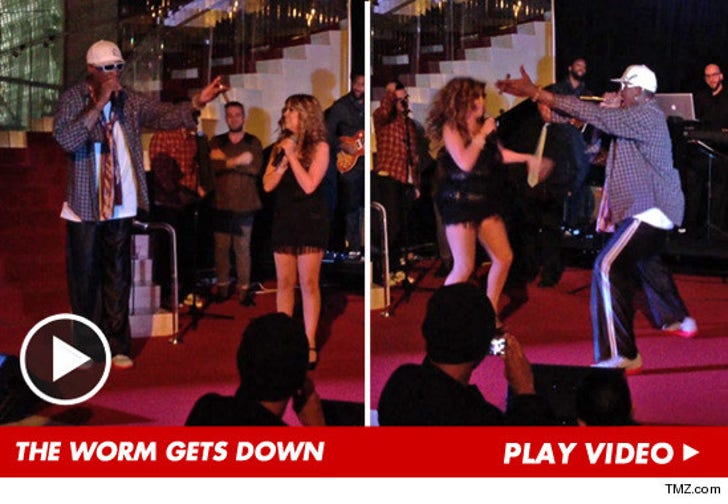 The video was shot Sunday night at the W Hollywood's weekly jazz night. Rodman takes the mic and performs maybe the worst rendition of "Shake Your Booty" we've ever heard, but still manages to make it fun.

As for the hot chick, she's some singer named Nikki Leonti.

Probably not the first time Rodman's had the shakes. 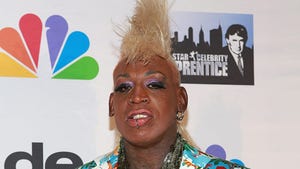 Dennis Rodman -- The Apprentice Is a DRAG!