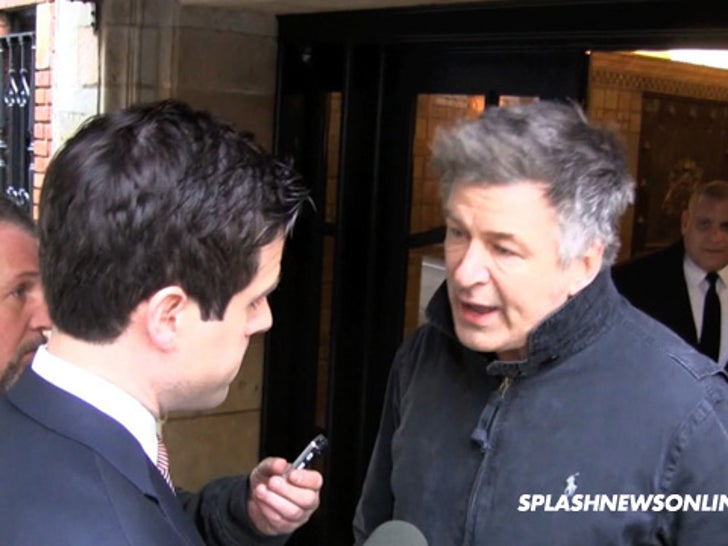 Another fun Alec Baldwin moment ... this time, the "30 Rock" star THREATENED a local news reporter ... and then called him ugly to boot.

Baldwin was walking back to his Manhattan apartment moments ago when he was approached by a reporter from FOX5 in NYC.

As the reporter tried to ask a question about the stalker case, Baldwin said, "If you're still here when my wife and kid come out, you're going to have a big problem, you know that don't ya?"

Alec turns to walk inside his building and throws out one last barb -- "You ARE as dumb as you look. You are with Fox, right?"

The Alec Baldwin meltdown continues -- the actor just shoved another photographer ... and then smacked a camera out of the guy's hand and once again, it was all caught on tape.

The footage begins near Alec's Manhattan apartment (after Alec's confrontation with a local news reporter) ... and shows Alec pushing a photog.

After the photog collects himself, Alec lunges back at him and smacks the camera out of his hand ... knocking it to the ground.

The photog goes back to Alec and says, "You shoved me into a car."Alec responds, "You tried to hit me with a camera."

Photog: "I didn't try to hit you with a camera."

The photog backs down ... and Alec eventually ducks into a hair salon.

FINE, I DID USE A HOMOPHOBIC SLUR 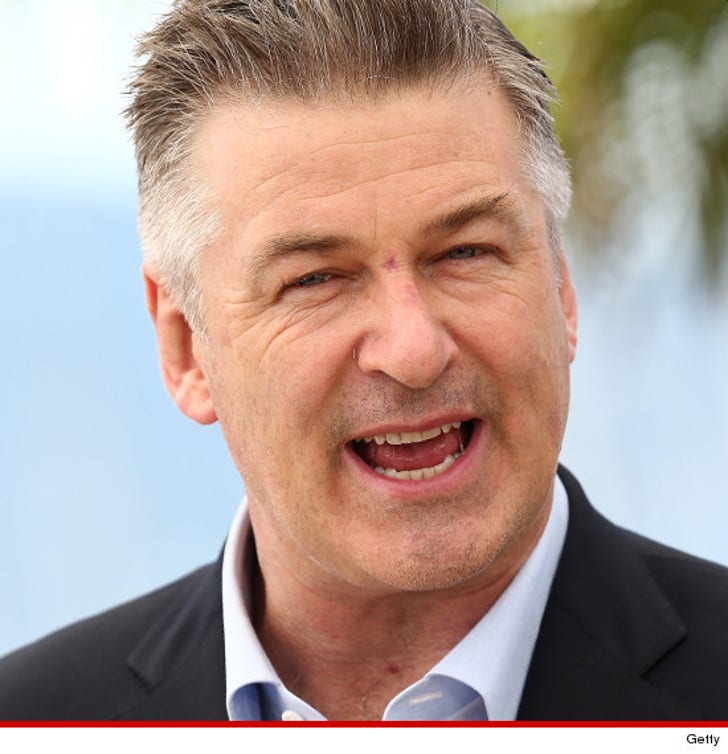