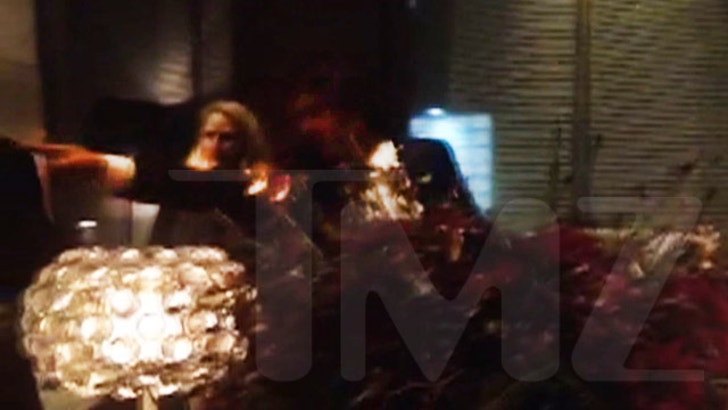 Sean Penn went nuclear on a fan in a fancy San Francisco hotel last night -- threatening to jack the guy up after Sean caught him trying to sneak a cell phone pic ... and TMZ has the explosive footage.

Penn was at the Lobby Bar at the St. Regis Hotel in the Financial District ... when he saw a flash go off from another patron's cell phone and realized the guy was trying to take a photo.

A witness at the bar tells TMZ ... Penn bolted after the guy (who wasn't a paparazzo) ... and screamed at him, "Do we look like f**king zoo animals?"

Penn -- who was in town to speak at a sales conference -- also grabbed the man's phone and slammed it to the ground.

Moments later, a clearly irritated Penn complained to hotel management -- and can be heard saying, "You should do something about that."

We're told hotel management approached the fan and asked him if he wanted to call the police -- but the man declined and then left the bar.

FYI -- we're also told the man had attended the sales conference where Sean was speaking and was wearing his name tag at the time of the bar confrontation.

We reached out to the St. Regis -- but they have no comment. 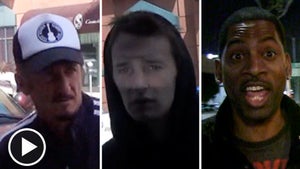 Hopper Penn -- Racial Slurs Ain't Funny ... Unless You're a Comedian 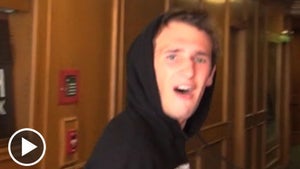 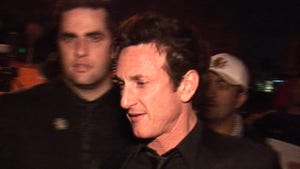