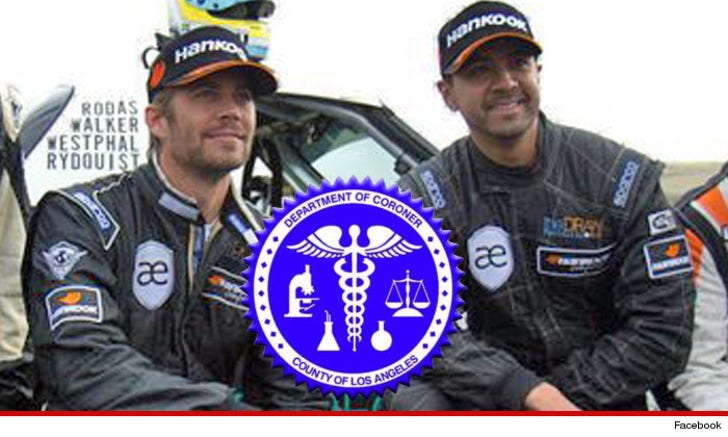 Paul Walker died from the combined effects of traumatic and thermal injuries sustained from the Nov. 30 car crash ... this according to the L.A. County Coroner's Office.

Translation -- Paul did not die from the impact of the crash alone. He burned to death after the Porsche GT crashed into a tree and a pole and exploded into flames.

The man who was driving the Porsche GT, Roger Rodas, died from multiple traumatic injuries suffered upon impact. Burning was not listed as a factor in his death.

The coroner says toxicology results for both men will be available in 6 to 8 weeks.

The Medical Examiner says both deaths have been ruled as an accident.

Sources in the coroner's office tell us ... both men were positively ID'd by using dental records.

Walker and Rodas were killed Saturday in Santa Clarita, CA when the Porsche GT they were in veered off the road, slammed into a pole and exploded in flames. The cause of that crash is still under investigation. 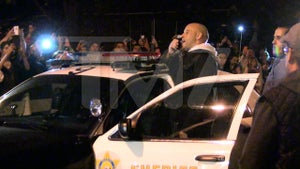 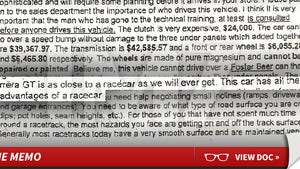