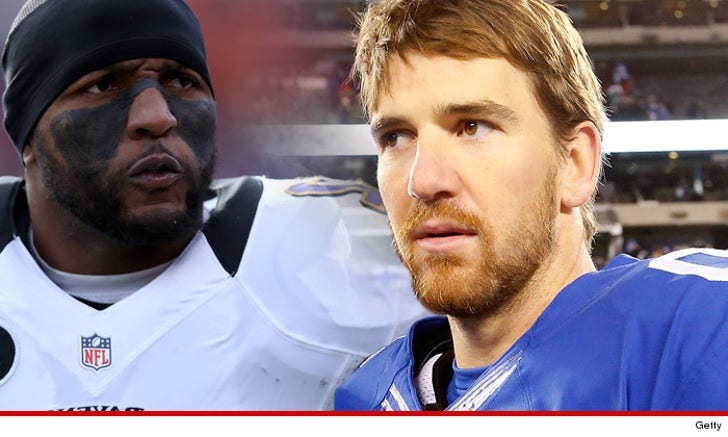 Ray Lewis is still a BEAST in the NFL ... at least when it comes to jersey sales, 'cause despite the fact he's retired, his uni is still selling better than Eli Manning and a bunch of other active studs, TMZ Sports has learned.

According to the NFL Team Shop, Ray's Baltimore Ravens jersey was the 11th best-selling jersey from April 1st to September 30th ... beating out the 2x Super Bowl MVP, who clocked in at number 12.

In fact, Ray's just BAAARELY getting beat out by Saints QB Drew Brees ... who wears the 10th best selling jersey in the league.

So, who's #1?? That honor goes to Colin Kaepernick ... followed by Peyton Manning, Russell Wilson and Adrien Peterson (who will face the Lewis-less Ravens this Sunday).