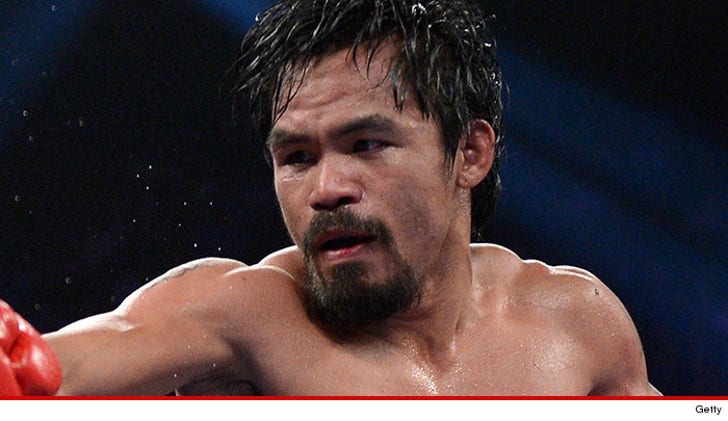 Manny Pacquiao has 18 MILLION new tax problems ... in addition to his $50 million tax fight in the Philippines ... and this time, it's Uncle Sam that's trying to force Manny to pay up.

TMZ Sports has obtained official documents which show the IRS claims Manny stiffed the government out of federal income taxes from 2006 to 2010 ... totaling $18,313,668.79 in debt.

Interesting note -- Manny had 3 big fights in 2008, including a match against Oscar De La Hoya in which MP reportedly banked $15-$30 million in guaranteed cash.

Manny's U.S. tax problems come on the heels of a nasty tax war in his home country, The Philippines ... where the govt. claims he evaded paying $50 million in taxes in 2008 and 2009 stemming from fights that took place in the United States.

Philippines officials have frozen the bank accounts Manny has in the country ... and even placed a lien on one of his most expensive properties, located in Manila.

We reached out to Manny's camp -- so far no word back.