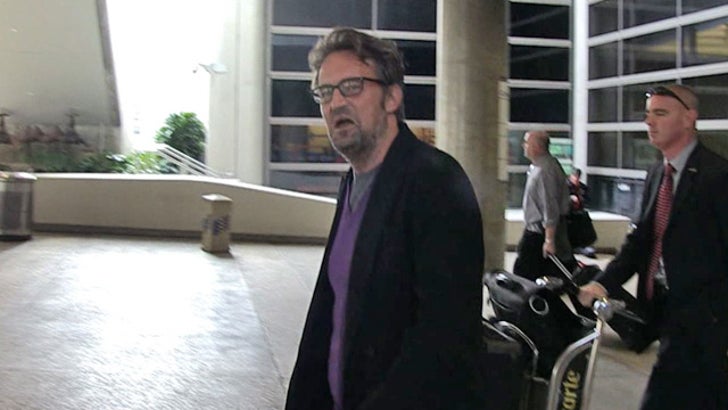 Matthew Perry is engaged in a war with a British journalist ... a war that has no end in sight -- and it's all over how the U.K. treats drug and alcohol addicts.

Perry was at LAX yesterday when we brought up his fiery exchange with Peter Hitchens on BBC's "Newsnight" ... in which Hitchens (who believes in stronger punishments for drug users) argued that addiction is nothing more than a "fantasy."

During the show, Hitchens went off on Perry and another guest ... saying, "Well you two believe in this fantasy of addiction, a complete fantasy, in which people lose all power over themselves and become victims of this terrible, frightening disease after which they cannot stop taking drugs. If you really believe that then you would presumably think that the best thing would be they never ever come in contact with those drugs."

Perry was furious ... calling his comments "ludicrous" and explaining, “I'm a drug addict. I'm a person that, if I have a drink, I can't stop. And so it would be following your ideology that I'm choosing to do that.”

Now that a few days have passed and the two have had a chance to cool down, we asked Perry if there was a chance they could ever be friends.

Perry made it clear ... Hitchens shouldn't ever expect a Christmas card. 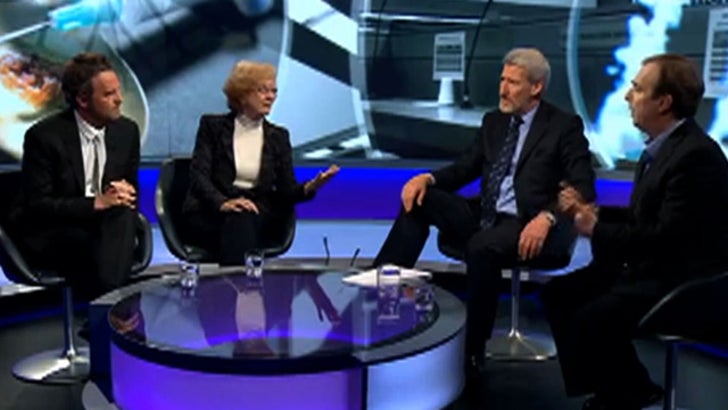