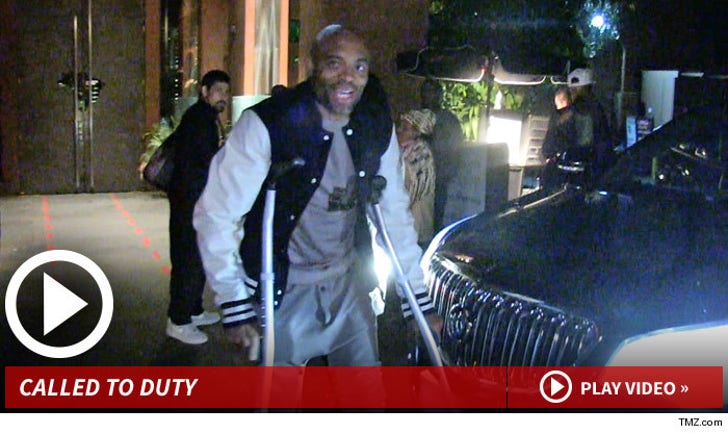 Anderson Silva tells TMZ Sports ... he's been a KILLING MACHINE ever since he broke his leg -- because he's become addicted to the video game, "Call of Duty."

Silva was leaving the Fogo De Chao steakhouse in L.A. (where he ate like a CHAMP) and told us all about his new digital hobby (plus, the other game he's been obsessed with).

The Spider also looked directly into our camera and made an Arnold Schwarzenegger-esque promise about his MMA career ... I'LL BE BACK.

He's actually got a great attitude for a guy whose career was in jeopardy just a few weeks ago. Check out the clip.