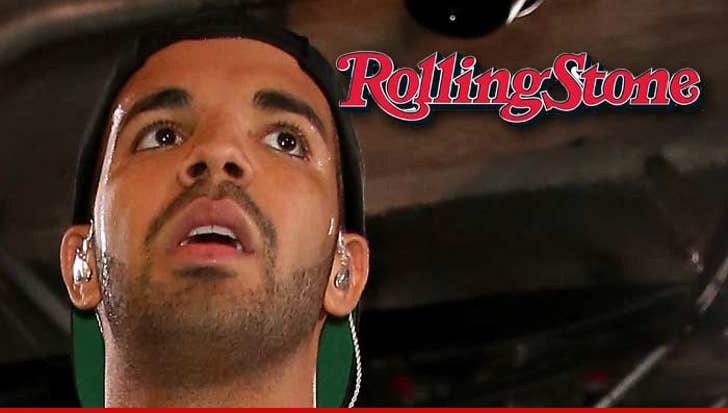 Drake has no business attacking Rolling Stone or Philip Seymour Hoffman because the magazine gave him advance notice it was dropping him from the cover in favor of PSH.

Sources close to Drake tell TMZ the rapper feels like he was "tricked" because ... "He only did the interview if he was going to be on the cover."

But we've learned Drake was interviewed on January 28, and the photo shoot was also completed before PSH died on Feb. 2.

A rep for RS says this happens all the time when musicians and actors die -- most recently when Lou Reed and Whitney Houston passed away.

Further, sources tell us Drake's camp was told last Friday he wouldn't be on the cover when the mag was released Wednesday. The RS rep would not say if they offered Drake a future cover.

For what it's worth ... Drake has deleted his tweets about the RS cover and Hoffman.