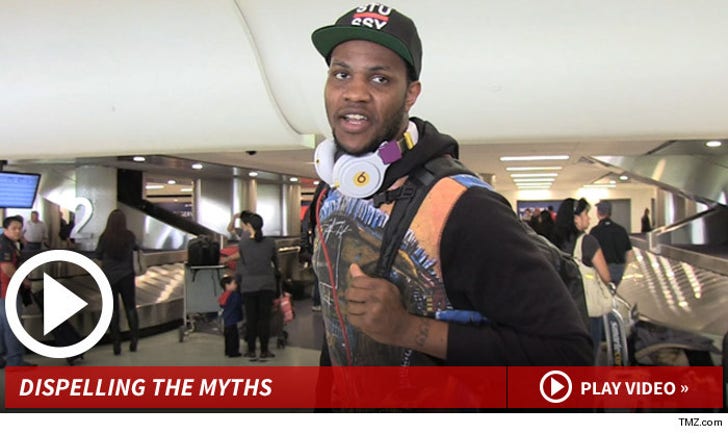 You've heard the stories about Kobe Bryant and his legendary chopper ... but former Lakers player Devin Ebanks tells TMZ Sports he NEVER saw the Mamba helicopter to practice once!!!!

Ebanks -- who spent 3 seasons with the Lake Show -- was at LAX this weekend when he dropped the bombshell ... telling us the helicopter stories are more urban legend than fact.

Guess this means Kobe was must have had to slum it to practice in one of his pedestrian cars ... like his Ferrari, Bentley or Lamborghini.