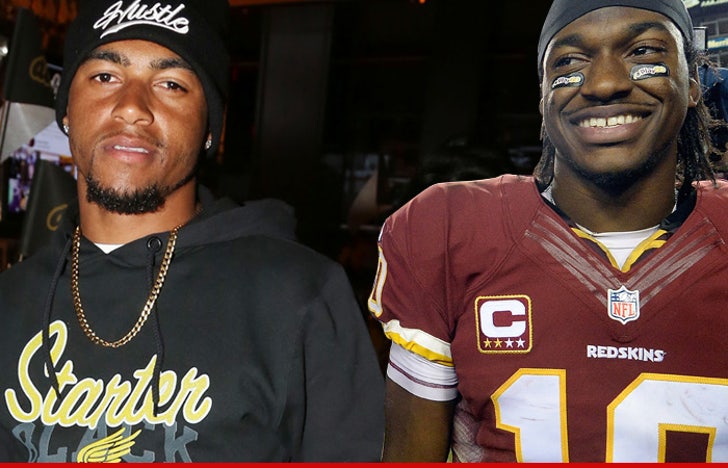 Looks like the Redskins are serious about DeSean Jackson -- 'cause TMZ Sports has learned the WR hung out with RG3 in L.A. this weekend BEFORE he got on a plane to meet with the team in D.C.

Jackson is now on a plane destined for D.C. -- where he's reportedly set to meet with team honchos.

Despite all the drama surrounding his release from the Eagles, we're told DeSean has been laser-focused on football -- and has been training like a maniac.

There are several teams that have reportedly expressed interest in Jackson -- but with the meeting between RG3 and DJ, it looks like the Redskins could have an edge.