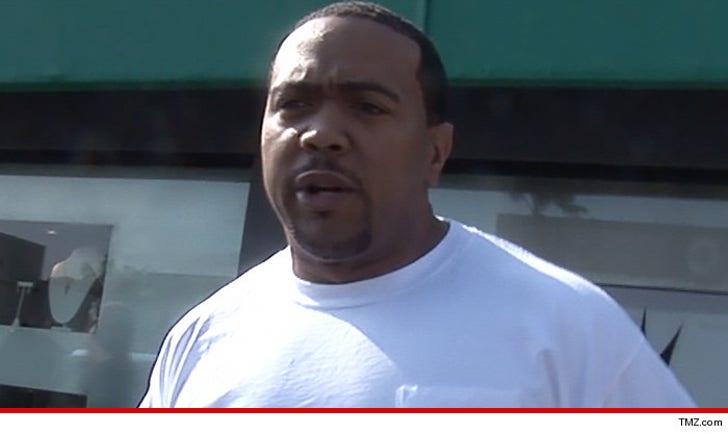 Timbaland's got some chutzpah on him -- he chose to perform in Finland instead of Australia ... which would be fine if he hadn't run off with $500,000 from an Australian promoter ... or so the promoter claims in a new lawsuit.

Here's what happened ... Timbaland agreed to a series of concerts in Australia and New Zealand back in July of 2008, and got half of his million dollar payday up front -- according to the lawsuit filed today by the promoter ... and obtained by TMZ.

The promoter, Showtime, claims less than a month before the shows, they were told Tim had to reschedule for August ... but they were never given a reason for the delay.

But a few weeks later, Showtime claims they learned Timbaland had scheduled a series of concerts in Finland ... on the same August dates as the shows down under.

Now for the chutzpah. In the suit, Showtime says when Timbaland finally contacted them to say he was canceling ... he demanded his final $500,000 payment! Yeah ... they refused.

Showtime is now suing to get back the $500K they did pay him ... plus damages.