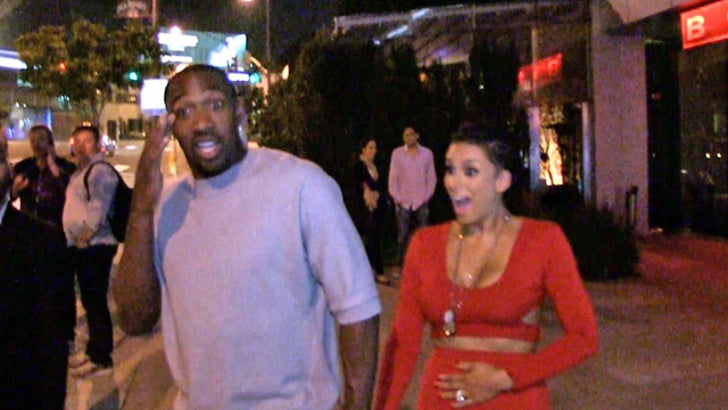 This is cool ... Gilbert Arenas and his reality star wife Laura Govan reacting to the news Derek Fisher got the Knicks coaching job -- and they're genuinely thrilled for their friend.

Ya gotta check out the clip -- it's pretty awesome to see how beloved D-Fish is among his peers.

We also asked Gilbert who he thinks Fisher should bring to the team as an assistant coach -- there's one name that pops right into his head ... even though the guy already has a job with another team.