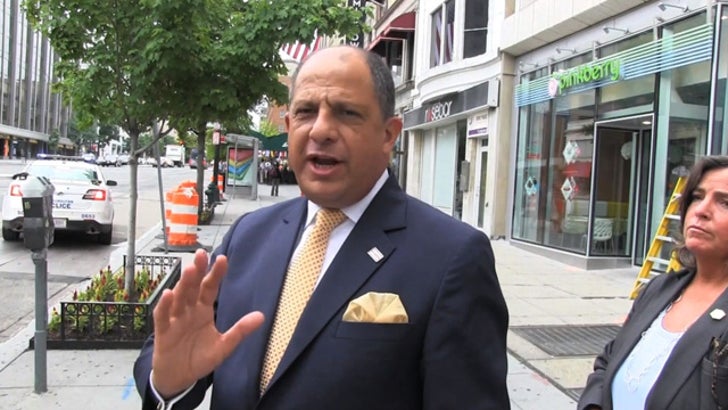 The President of Costa Rica knows ... if his team is gonna win the World Cup, it's gonna take a miracle -- which could explain why he's already mentally prepared himself for the worst.

Luis Guillermo Solis was out in D.C. today -- while his team preps to play Uruguay, Italy and England -- and he admitted things aren't looking up when it comes to advancing to the next round.

Translation -- at least we MADE the World Cup.

Then again, it's more optimistic than the Team USA coach who said his squad has NO CHANCE to win the tourney. Sad ...