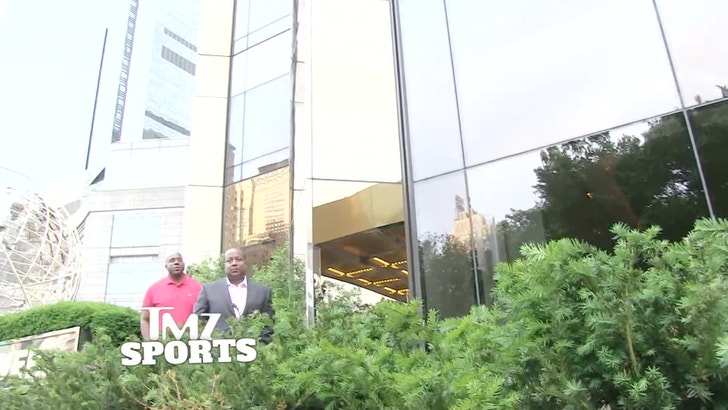 Johnny Manziel has some serious firepower on his side -- Magic Johnson ... who tells TMZ Sports he's not concerned about JM's party lifestyle ... saying, "He knows what he's doing."

Magic was out in NYC -- when we brought up L.A. Dodgers superstar Yasiel Puig and his shot to superstardom in the MLB while hitting the clubs DURING the season.

So, we had to ask if he thinks Johnny could pull a Puig of his own -- and still be successful while living it up off the field ... and Magic seemed VERY optimistic.

"Johnny Manziel's not the first guy to be going out at night."