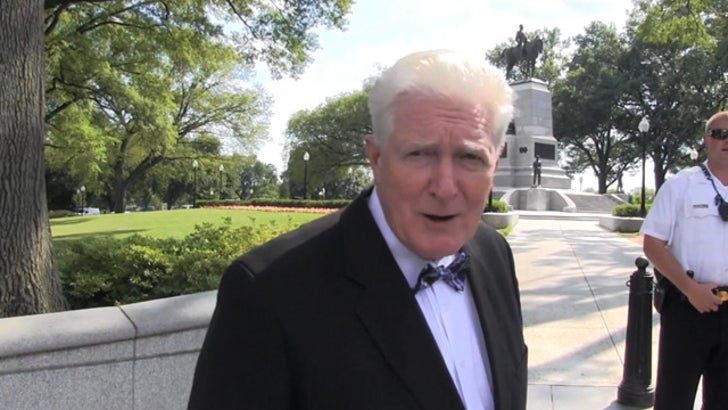 A Virginia politician is standing strong behind the U.S. Patent and Trademark Office's decision to cancel the trademark on the term "Redskins" ... telling TMZ Sports the move was simply the "right thing to do."

We spoke to Rep. Jim Moran (D-VA) ... who was very strong about his belief the name of the of NFL team is disrespectful ... and needs to be changed, ASAP.

In fact, Moran's got advice for team officials -- saying, "They should give the football team a name that's respectful of all Americans ... particularly Native Americans."

Moran has previously explained ... that the name "Redskins" applied to scalps -- "There were posters that would provide a certain amount of money for each Redskin, for each native American scalp."

Moran told Talk Radio News Service ... "It’s wrong to glorify that term. Those native Americans who know the background are rightfully offended, so I think [team owner Dan Snyder] is going to have to change the name."