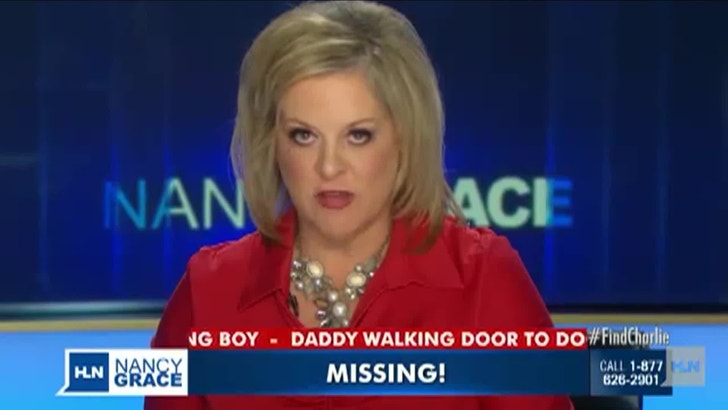 One of the most bizarre scenes on TV in a long time played out on Nancy Grace's show Wednesday night ... when she broke the news to the father of a missing boy that his son had just been found.

Charles Bothuell IV appeared stunned ... hyperventilating as Nancy showed suspicion. The boy had been missing for 11 days and somehow turned up in the family's basement, even though Bothuell said the basement had been repeatedly searched by authorities and the family.

Something Went Wrong
Nancy wasn't buying it and we gotta say ... Bothuell's reactions are weird. He seems as much defensive as relieved.

Authorities say they have no idea how the boy ended up in the basement ... whether he was there the whole time or whether he was recently put there. The boy's stepmother refused to take a polygraph.

A rep for the Detroit PD tells TMZ ... dogs previously combed the house at least four times and did not turn up the boy. Police say the kid ended up being found behind a five-gallon tub on the basement floor ... there was no secret wall and the boy was not being restrained in any way.