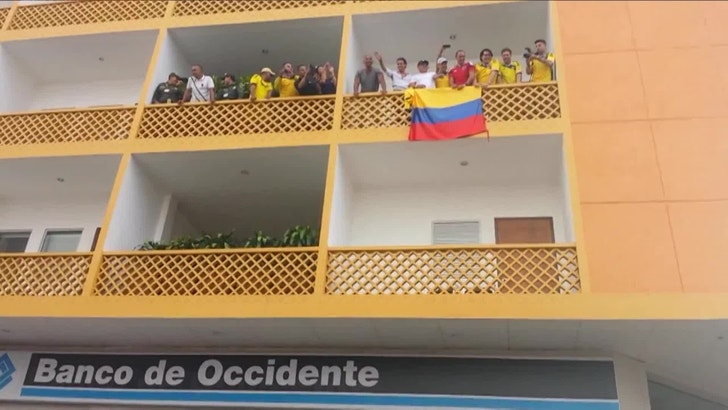 One's from Philly ... the other's from New York City ... but Will Smith and Marc Anthony instantly became Colombia superfans following the team's big win over Uruguay this weekend.

The two superstars were hanging out at a hotel in Colombia -- watching the locals celebrate the World Cup victory -- when someone tossed Will a Team Colombia jersey ... and he went loco.

According to local reports, Anthony is currently touring around the county and he's bringing Smith along as his special guest.

For the record ... the way James Rodriguez is playing in this tournament -- yeah, we're fans too.