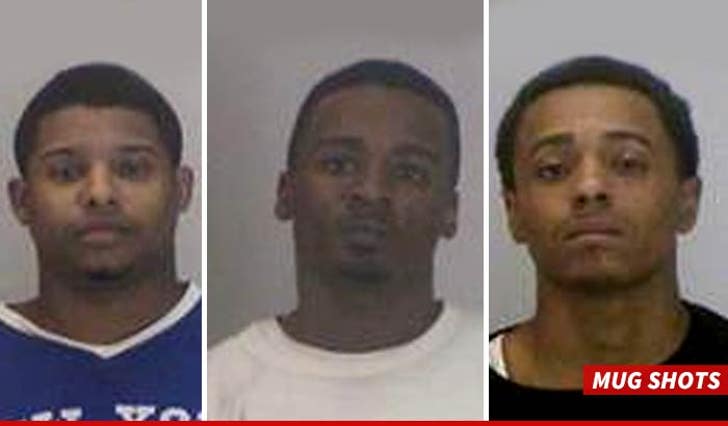 New England fans beware -- a trio of New Yorkers made thousands off Tom Brady and the Patriots by selling fake tickets to Sunday's AFC Championship game ... according to cops.

The alleged counterfeiters were busted by police in a Boston suburb on Thursday after a Patriots fan called cops suspecting he'd been ripped off by the sellers.

Police say the fan responded to a Craigslist ad for tickets, met the sellers at a Holiday Inn ... and forked over $900 for 4 tickets to the Pats-Colts showdown. It's unclear why he thought the tix were fakes.

Cops busted the suspects -- all from NY in their early to mid 20s -- and seized thousands of dollars in cash ... as well as more counterfeit tickets.

They've all been charged with larceny and attempting to commit a crime -- and are being held on bail.