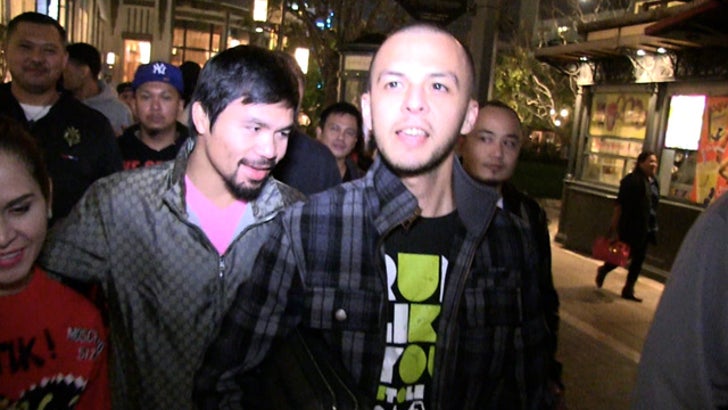 Manny Pacquiao finally watched someone else fight for a change ... Liam Neeson ... as the boxer took DOZENS of his closest friends out to watch "Taken 3" ... and TMZ Sports has the video.

Manny's group escorted the boxer to his waiting Ferrari at The Grove in L.A. Monday night -- while M.P. confirmed that he's given Floyd Mayweather an end-of-the-month deadline to agree to the proposed mega-fight on May 2nd.

One of Manny's pals told us ... the guys were all players on Manny's basketball team -- and PacMan picked up the bill for everyone.