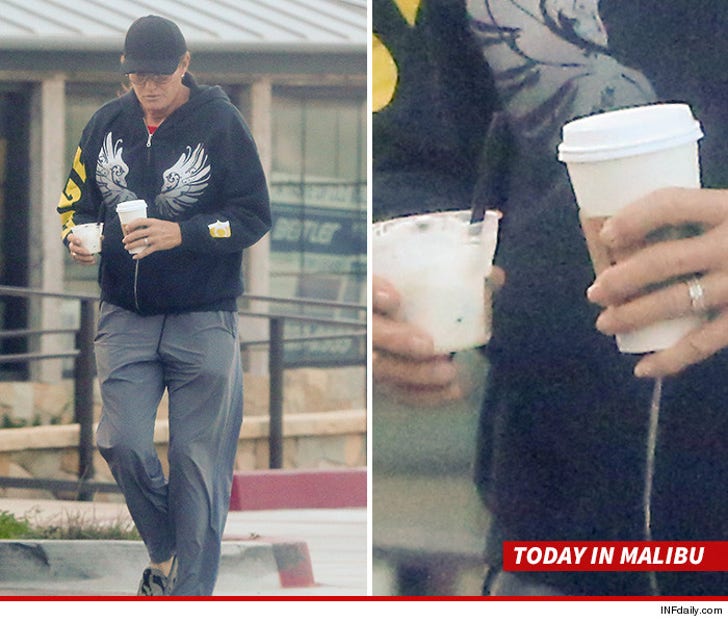 Bruce Jenner's family is now regularly leaking out stories that have been obvious to all for quite some time ... that the Jenner patriarch is becoming a woman.

The latest leak is to "People," quoting a family source that Bruce is making the change. As we reported more than a year ago, Bruce underwent an operation called a laryngal shave, to smooth out his Adam's Apple, and at the time our sources were clear ... it was, as one put it, "one of the first steps."

We spoke to Bruce at the time and he said he was "absolutely not" transitioning, but the denial was part of his plan to make the change gradually, which he has done over the last year, to the point it simply became obvious and an announcement became almost irrelevant. But his decision to transition had been firmly made months before.

Our sources say Bruce is now far along in the process, has undergone various procedures and psychological counseling, and is ready to show his journey to the world. Our sources say it's so far along his docuseries will air as early as May.

People is reporting his family is supportive but not all family members are on board 100%. As we told you, the family filmed Bruce's formal announcement to them last month and during the conversation Kris freaked out. The other kids -- the boys and the girls -- have been more supportive, especially the older ones.

A leader in the transgender community tells TMZ they've known for "way more than a year" Bruce was doing this and some felt he should have announced it when he had the laryngal shave. But we're told Bruce decided a gradual transition followed by a revelation would be better for him and his family.

And we're told part of the plan to reveal the decision is for various family members to start speaking out. What Kim said this week about Bruce's "journey" was no slip of the tongue.