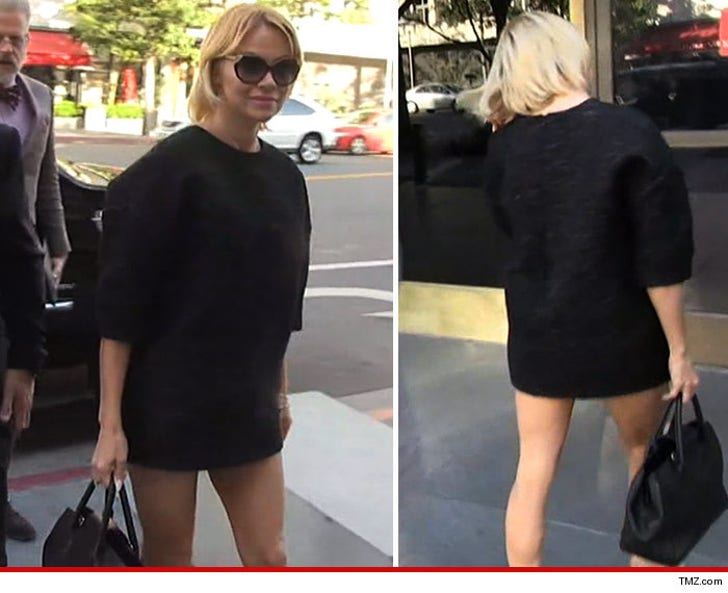 11:25 AM PT We contacted Pam's rep, who would not comment on the issues her client raised Friday on the courthouse steps, but said, "Pamela has moved on with her life. She is spending time with her family and focusing on her charity and wishes Rick well.

Pam Anderson stood on the courthouse steps Friday and trashed her estranged husband, Rick Salomon, saying there was never romance in their lives, but Rick is calling BS.

As we reported, Pam went to court for a permanent restraining order against Rick, even though she knew the case wouldn't be heard because she had never served him with legal docs.

But the barely covered former "Baywatch" star made a beeline for the cameras, saying Rick was trying to sell naked pics of her and he was only into the fame.

Rick went ballistic, because he says she's flat out lying, and has circulated text messages Pam sent him to various people.

She also says, "You are my dream man. Even - the roughness makes the softness that much sweeter." And, "Love you the most I've ever loved." She signs it, "Your insatiable woman -- pamela." 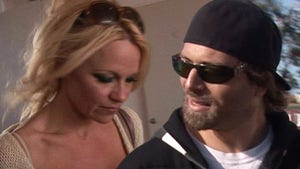 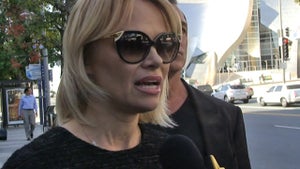 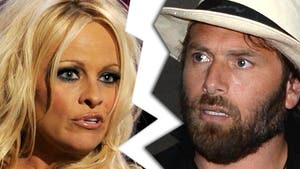