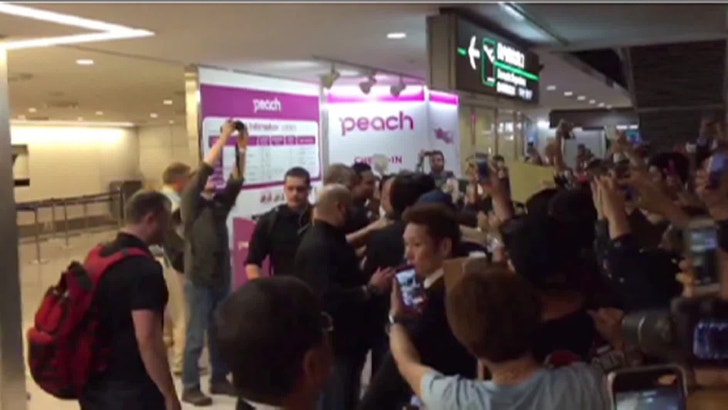 Taylor Swift is so popular in Japan she got in the way of commerce ... apparently flights were delayed after the airport was overrun with fans.

Taylor landed in Narita Airport to kick off her "1989 World Tour," when a predicable number of fans showed up and went crazy.

We've seen people at Narita Airport fan out before, but apparently this one was too much. People on scene say at least 2 arrivals were delayed because of airport congestion ... the result of Taylor's immense popularity.

All hail to the queen.