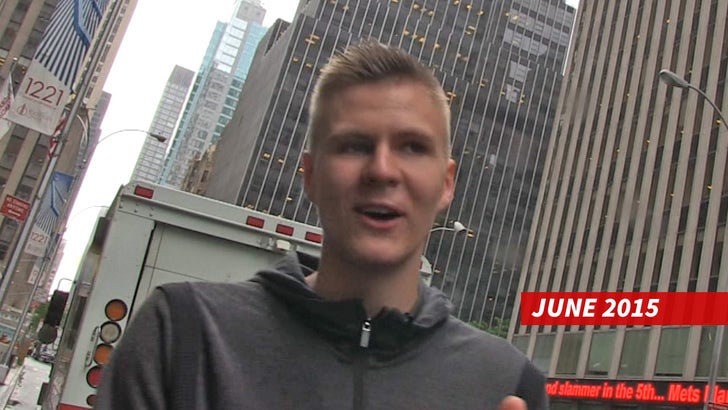 Wanna learn how to speak Latvian?? Well, no one else does either ... so says projected 1st round NBA Draft pick -- and proud Latvian -- Kristaps Porzingis﻿.

The 7-footer just touched down in NYC for the upcoming draft ... and told us he's multilingual -- fluent in English, Spanish and Latvian.

So, we had to ask if he plans on sharing some Latvian with his future teammates or anyone else who might wanna learn to speak his native language.

His response is HILARIOUS!!!

Hey, there are PLENTY of people who want to go to Latvia ... where there's an actual museum dedicated to dolls. Just dolls. Lots of creepy, weird lookin' dolls.

You know what ... maybe Kristaps is right.