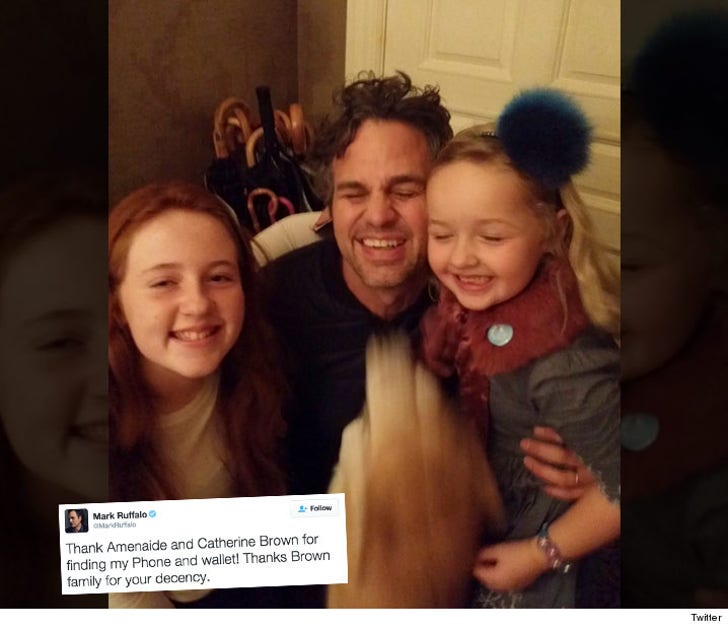 Mark Ruffalo was on the receiving end of a good deed in the middle of the blizzard, and he returned the favor.

SCENE: The Hulk actor lost his cellphone and wallet Saturday night in NYC, in the throes of the blizzard.

ENTER AMENAIDE AND CATHERINE: Two little girls walking home with their mom from the Shake Shack (delicious), when one of them saw something half-buried in the snow -- Mark's missing stuff. They checked his driver's license, but didn't recognize "Mark Ruffalo."

PLOT TWIST: The phone was locked so there was no way to get the number, but someone texted and left their number on the screen. One call led to another and they got in touch with Mark's publicist.

FEEL-GOOD MOMENT: Their dad, Peter Brown, tells us Mark dropped by to pick up his wallet and cellphone, and gave the girls $100 for their good deed. He also promised them a signed Hulk pic.

The girls are going to spend the loot at a candy shop, stocking up on bubble gum and peanut butter M&M's. 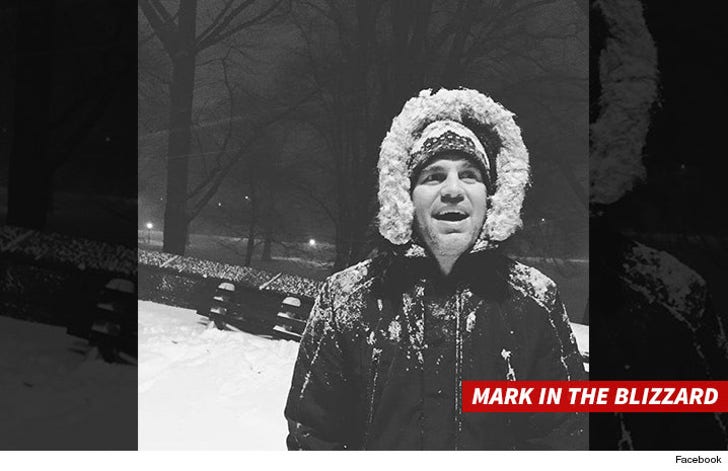 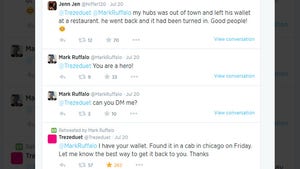 Mark Ruffalo -- Thanks for Finding My Wallet ... Guy Who's Never Heard of Me