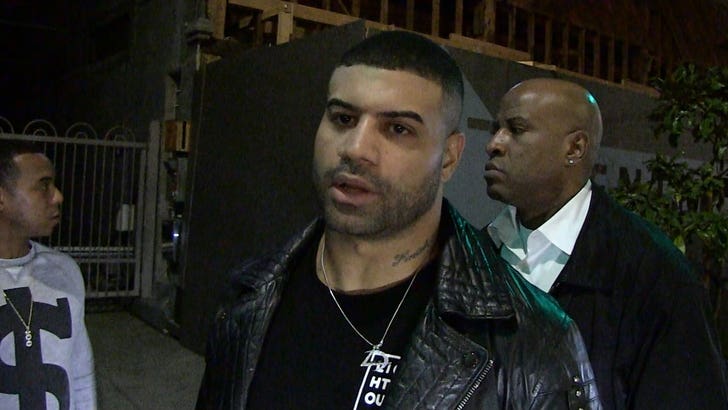 Colin Kaepernick to the Houston Texans is basically a done deal -- so says Shawne Merriman, who personally knows coach Bill O'Brien from their University of Maryland days.

We got Merriman leaving Poppy in L.A. -- and the ex-NFL star seemed convinced that his old buddy Bill (an ex-Terrapins asst.) is gonna pull the trigger on Kaepernick with Deshaun Watson sidelined.

Shawne thinks the fit is too good for O'Brien to pass up ... and the Texans coach hasn't exactly closed the door on a Kaep deal, saying he's kept an eye on the QB for "a long time" during a Monday media sesh.