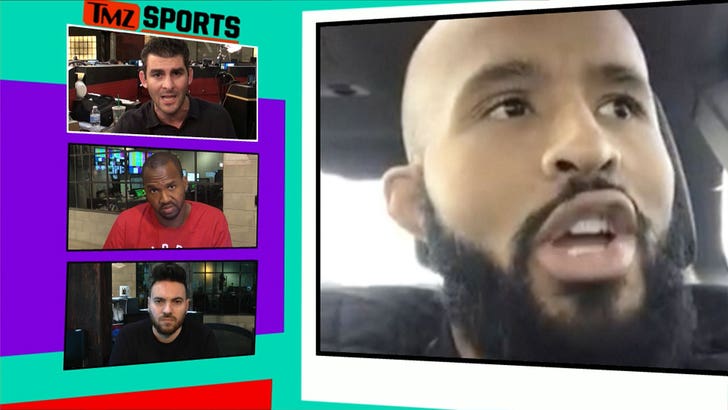 Demetrious Johnson thinks Floyd Mayweather would be EASY WORK in the octagon -- telling TMZ Sports he'd obliterate the boxing superstar if the two clashed in the UFC.

After Dana White confirmed he was talking with Floyd about a "UFC deal" ... DJ immediately threw his name in the mix as a possible first opponent.

In fact, Mighty Mouse joined the guys on the "TMZ Sports" TV show (airs weeknights on FS1) and broke down exactly how he'd punish the 40-year-old.

As for Floyd, he told FightHype.com he's not planning on an MMA fight -- but he also insisted he wasn't coming out of retirement to box Conor McGregor ... and we all know how that turned out.