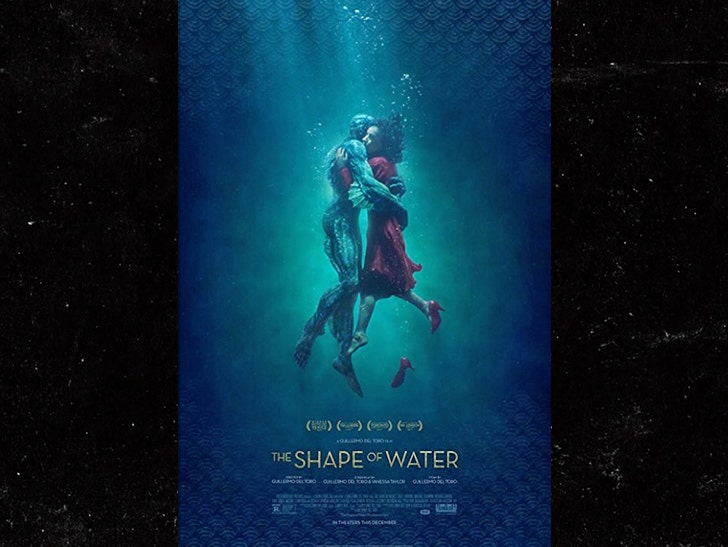 3:15 PM PT -- FOX tells us, “These claims from Mr. Zindel’s estate are baseless, wholly without merit and we will be filing a motion to dismiss. Furthermore, the estate’s complaint seems timed to coincide with the Academy Award voting cycle in order to pressure our studio to quickly settle. Instead, we will vigorously defend ourselves and, by extension, this groundbreaking and original film."

"The Shape of Water" doesn't deserve a Best Picture Oscar, it deserves one for Best Ripoff ... according to the family of a Pulitzer Prize-winning playwright.

David Zindel says his father, Paul Zindel, wrote a 1969 play called, "Let Me Hear You Whisper" ... the story of a lonely female janitor who works graveyard shifts at a lab that performs animal experiments for military use. She becomes infatuated with a "fantastic, intelligent aquatic creature held captive in a glass tank."

Spoiler alert: that's 'Shape of Water' to a T.

There are several more similarities according to the lawsuit filed by Zindel. In docs, obtained by TMZ, Zindel says the scientists in his father's play discuss using "vivisection" to kill the creature, and scientists in 'Water' use the same exact term.

He adds ... the amphibious creature in 'Water' is removed using a laundry cart -- ditto for his dad's play. If Zindel's allegations are true, the biggest difference is the creature -- it's a dolphin in the play, and a merman in 'Water.'

Paul Zindel died in 2003. David is suing FOX Searchlight and director Guillermo del Toro on behalf of the family trust Paul set up for his children.

Zindel is seeking all the profits from the Oscar nominated film, and an injunction blocking it from further showings in theaters.

Zindel tells TMZ ... "This troubling matter was raised with Fox five weeks ago but was met with inertia."