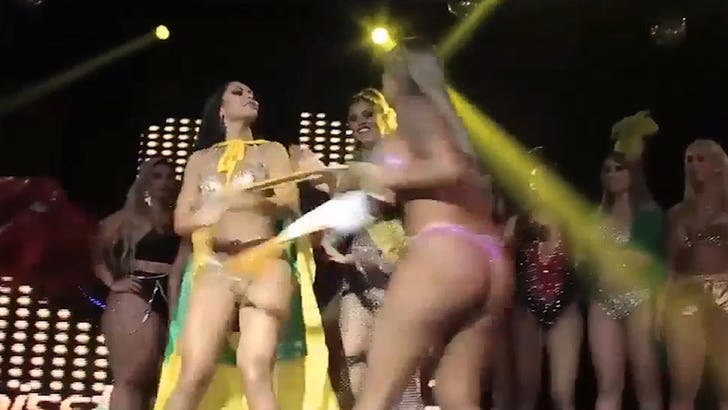 The Miss BumBum finalist who flew into a rage onstage claiming the winner had a fake ass is now ass-out of all future booty competitions ... TMZ has learned.

We're told the loser, Aline Uva, is dunzo with the Miss BumBum brand. You'll recall Ellen Santana won Brazil's final showdown this week but things quickly went south after Aline rushed Ellen and ripped off her sash ... claiming Ellen's ass was surgically enhanced, and hers was the only natural one onstage.

We're told the folks who run Miss BumBum were so pissed at Aline, they've already removed all her pics and videos from their website. 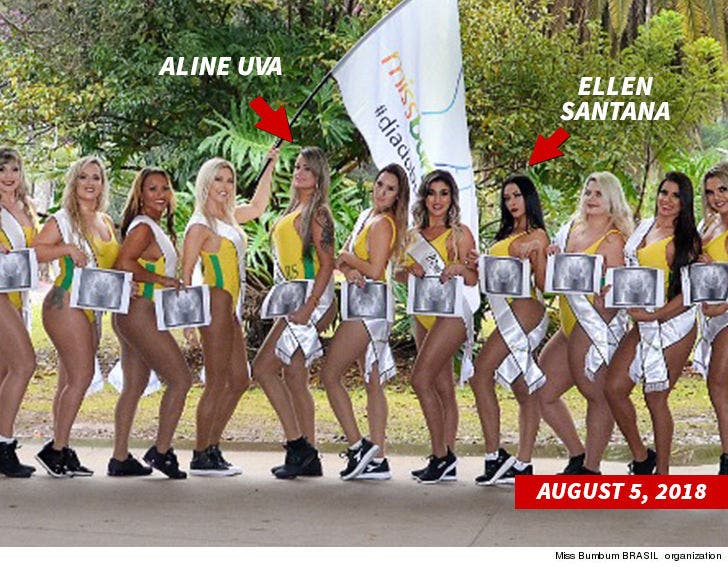 As for the fake asses allegation -- officials say Aline shoulda spoken up back in August, when all the contestants lined up for a photo while holding their X-rays to prove all the junk in their trunks was natural.

We're told Aline had zero beef at the time. 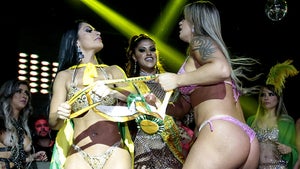