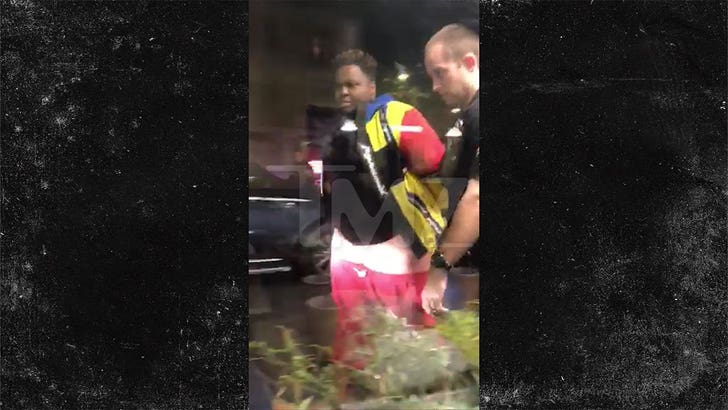 Sean Kingston was detained Saturday night after cops suspected he might be illegally packing heat, but he wasn't.

It went down at 8:15 PM at Dino's Chicken & Burgers. LAPD tells us ... officers got a call a male was brandishing a gun, and that's all it took to light up the squad cars and look for the perp.

Once they arrived, police ordered at least one man down on the ground and put Sean in cuffs as they led him toward a police car. 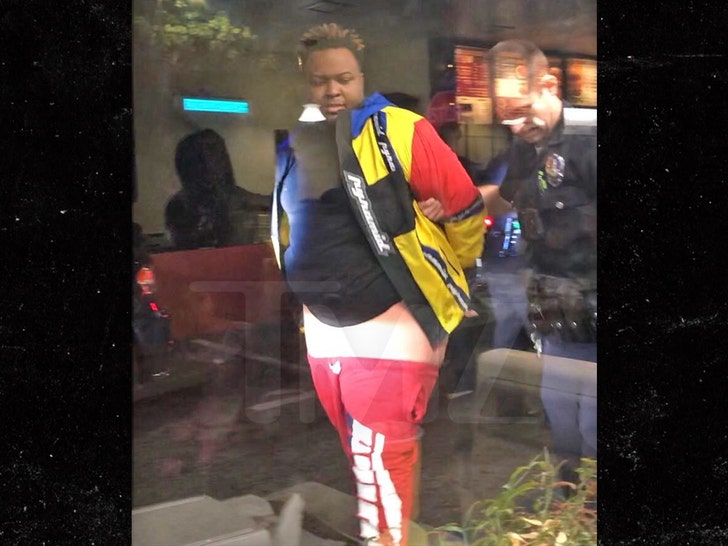 In the end, Sean at several others were questioned and released, because no gun was found.

An eyewitness tells TMZ ... he saw something different at Dino's. He says Sean's car was blocking the exit in the parking lot so no one could leave, and that pissed off some patrons.  The eyewitness went on to say Sean himself got angry and began throwing ice cubes at the glass windows of the restaurant, which created a loud noise. 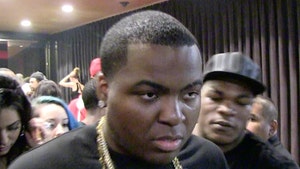 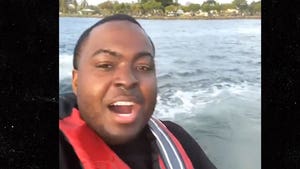