Despite nearly a full week of chaos, looting and vandalism in L.A. ... one thing has remained untouched in the city -- street art dedicated to remembering Kobe Bryant.

The city Mamba played in for 20 years has been turned upside down in the wake of George Floyd's death ... with protests turning aggressive and violent in several neighborhoods.

In fact, areas just miles from Staples Center have been devastated ... with shops and stores being smashed, burned and sprayed with graffiti.

they vandalized and looted, but kept Kobe's mural clean pic.twitter.com/Ltv7XghuHz

But, as looters and agitators tore through parts of town ... they carefully passed over tagging and destroying Kobe murals -- and the former NBA star's wife sure appreciated the gesture.

Of course, all the art was put up in the days after Kobe and Gianna's tragic deaths in late January ... and it's successfully stayed in place since.

Social media users have issued threats of violence for any kind of Kobe art tampering in the future ... with one Twitter user even writing, "tagging over a Kobe mural is asking to catch a 6pc w a side." 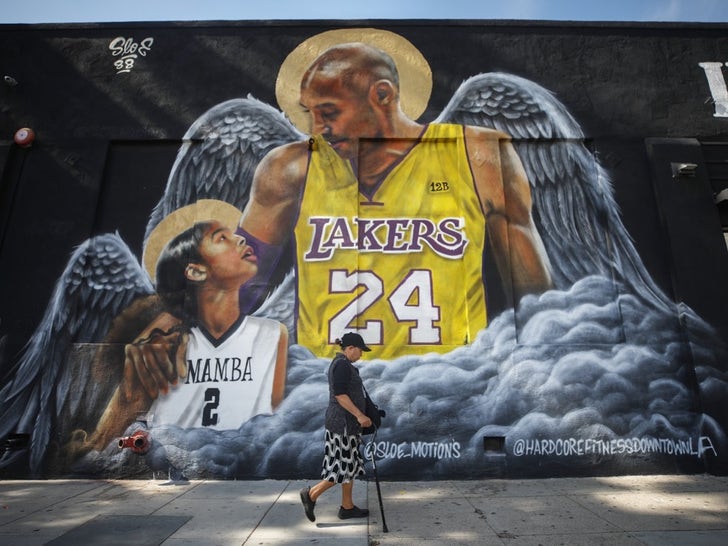