Twitter's CEO is making a massive contribution to Colin Kaepernick's cause -- dedicating millions to the QB's fund to pay legal costs for protesters who get arrested while fighting for justice for George Floyd.

Jack Dorsey announced the donation Wednesday on his own platform, saying he's putting up $3 million of his own money into a new fund he calls Start Small, LLC ... aimed at Kaepernick's Know Your Rights Camp.

$3mm to Colin @Kaepernick7’s @yourrightscamp to advance the liberation and well-being of Black and Brown communities through education, self-empowerment, mass-mobilization to elevate the next generation of change leaders. https://t.co/WGgKziHnwB

JD says the dough will "advance the liberation and well-being of Black and Brown communities through education, self-empowerment, mass-mobilization to elevate the next generation of change leaders."

As we reported ... just last week, Kap's Know Your Rights Camp started a "legal defense initiative" to cover mounting legal bills for the "freedom fighters" on the ground in Minnesota, where George was killed, and it's since expanded nationally.

Colin said he's already amassed a top-notch team of defense attorneys to help out, but they've been asking for donations from supporters on the outside.

Well, Jack has answered the call with a HUGE 7-figure donation ... and you know Team Kap is happy.

As we previously reported ... The Weeknd has also donated $200,000 to Kaepernick's initiative.

Jack's pledge continues a string of donations to noble causes ... he previously donated $1 BILLION to COVID-19 relief, and joined forces with Rihanna for a $4.2 million grant for domestic abuse victims in Los Angeles. 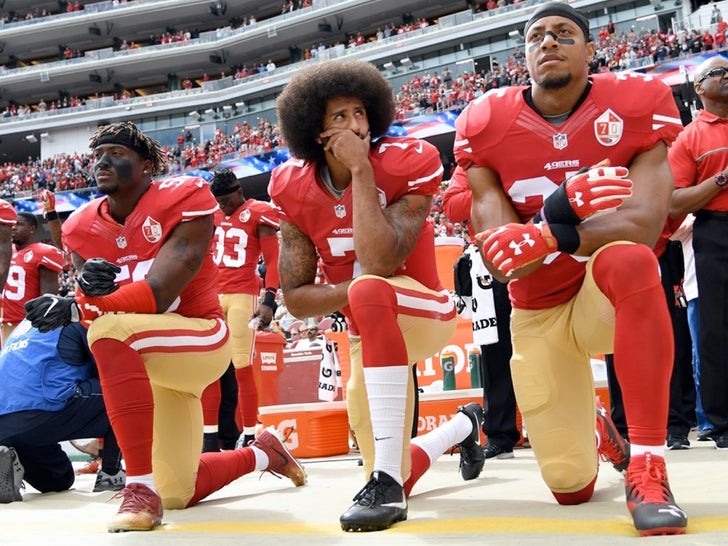