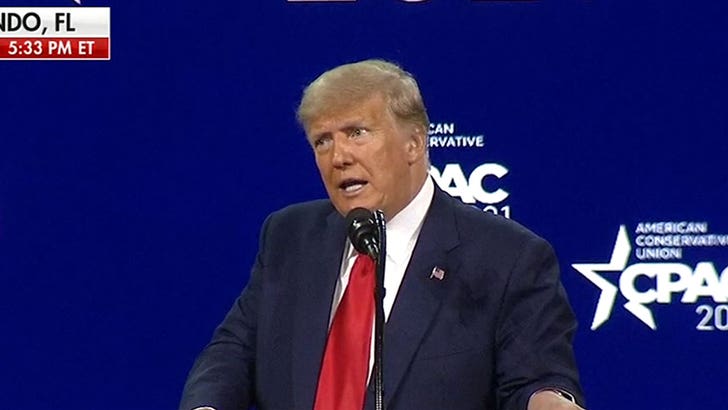 Donald Trump took direct aim at the transgender community at CPAC 2021 -- complaining women's sports were being turned upside down ... and vowing to protect it at all costs.

Trump made the inflammatory remarks Sunday during his first speech since leaving office in January, kind of out of nowhere too. He said Democratic policies were ruining women's sports ... and then he mused that a lot of new records were being shattered like never before, and he hated to break it to the ladies. He talked about weightlifting and how it wasn't even challenging for some new competitors lately.

Then came the transphobic haymaker -- Trump said girls and women are incensed that they're having to compete with individuals who were biologically born as males. He added that if this wasn't addressed, it would end women's sports as we know it.

He then said unequivocally ... "We must protect the integrity of women's sports."

Trump's administration had it out for transgender people -- remember, he banned them from joining the military early in his presidency ... something Biden undid as soon as he was sworn in.