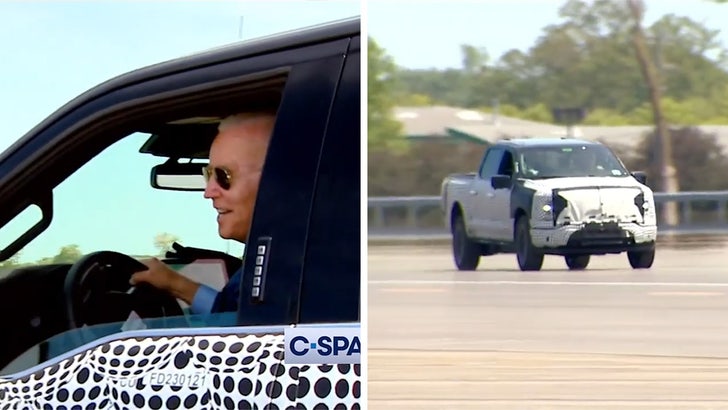 President Biden got behind the wheel of Ford's new all-electric truck, and while it's lightning fast -- his quick wit with a reporter missed the mark. Badly.

The Prez hit up the automaker's Rogue Electric Vehicle Center Tuesday in Dearborn, Michigan where Ford's F-150 Lightning pickup truck is being built, and test-driven ... by POTUS, at least for today.

Biden was rocking his trademark aviator shades when he hit the track, and took off like he was late for an Amtrak ride. 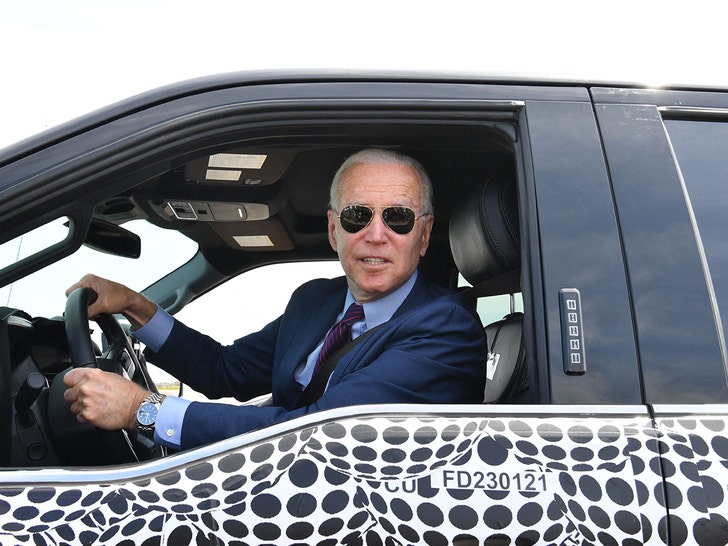 As he told reporters he was about to get the truck up to 80 MPH ... someone in the press corps asked if he'd answer a question about Israel.

Biden quickly responded, "No," and added a "joke" -- a really bad one -- about the reporter getting in front of the truck. He said he was teasing, but it's beyond cringe.

The test drive is part of the President's tour to promote American-made electric vehicles ... and it did look like he enjoyed the hell out of the Lightning, which has been in development for more than 4 years.

Biden's no doubt a huge car aficionado. You'll recall back in 2016, as Veep, Biden joined Jay Leno's show and did a burnout in his 1967 Corvette Stingray ... with Leno riding shotgun.

Joe's clearly got a need for speed. 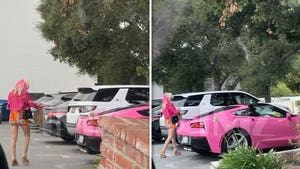