Henry "Nacho" Laun -- the extreme eating star of "Wahlburgers" and one of Mark Wahlberg's OG entourage members -- died after a cocaine overdose ... according to his death certificate.

TMZ has obtained the doc from the Commonwealth of Massachusetts and it lists "complications of acute cocaine intoxication" as the immediate cause of death. The manner of his death is listed as accidental. 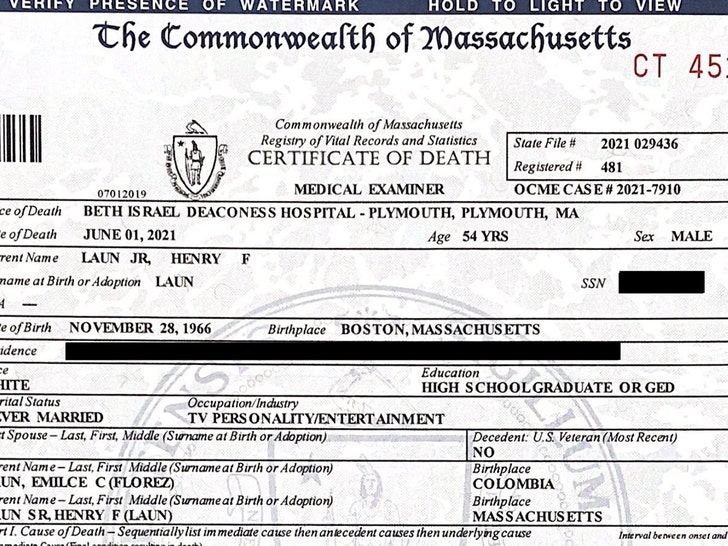 Nacho died on June 1 at 2:33 PM at Beth Israel Deaconess Hospital in Plymouth, MA. He's listed as never married and his occupation as "TV Personality/Entertainment." The death certificate also shows Nacho was cremated on June 19.

TMZ broke the story ... Nacho was found unconscious in his vehicle at a gas station while on a road trip from Boston to Cape Cod in mid-May. While at the hospital he had been placed on life support because he couldn't breathe on his own.

Family and friends were holding on to hope he'd pull through after showing some signs of recovery ... but unfortunately, Nacho passed away.

Nacho was a fan favorite on the hit A&E show, known for never shying away from an eating challenge. In fact, Mark once brought Nacho with him to an appearance on "Jimmy Kimmel Live!" ... where he drank Tabasco sauce and ate wasabi, to everyone's horror and delight. 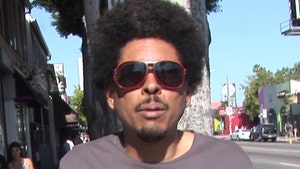