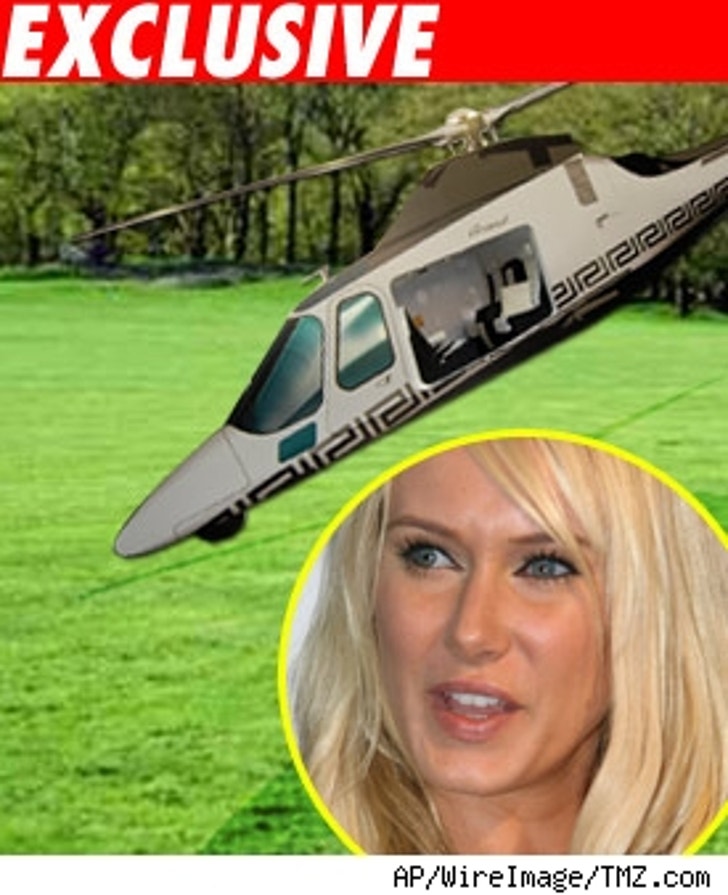 Kim Stewart had a brush with authorities this weekend when the LAPD was called for the possible landing of a helicopter at the Stewart residence. Apparently, she couldn't wait for a taxi.

Law enforcement sources tell TMZ that a call was made to the West L.A. division of LAPD, claiming that a helicopter was attempting to land at the home of Rod Stewart. When police arrived on scene, we're told that daughter Kim Stewart was responsible for the alleged airlift attempt. Police advised them this was not possible and other arrangements were made.

No one was cited on the scene -- although fining someone that uses a private chopper as a regular form of travel probably isn't very effective.

Stewart's manager tells TMZ, "We asked Beverly Park Security if it was possible to land a helicopter at the residence for personal travel. They answered 'No,' so we let it go."