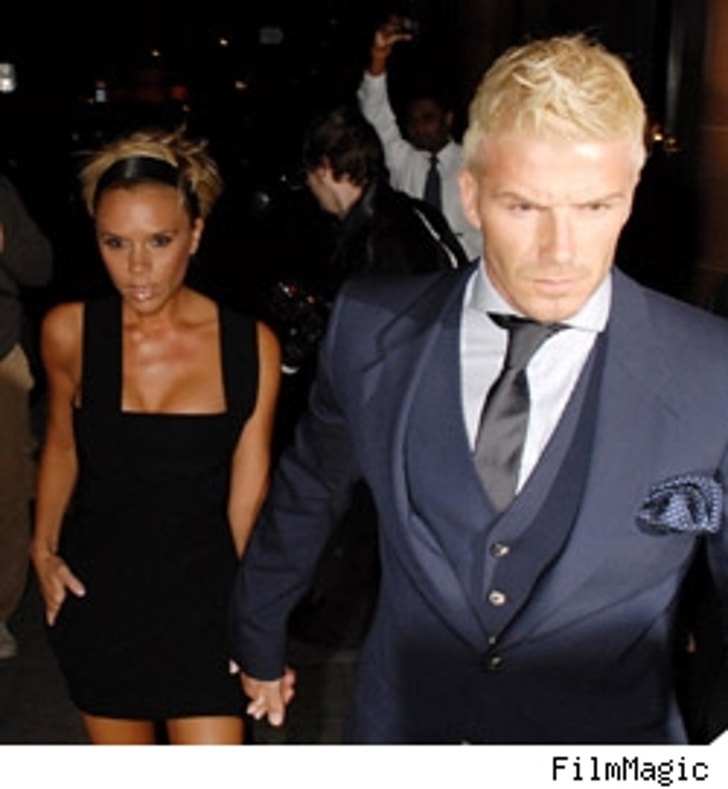 Victoria Beckham says she isn't worried in the slightest about glamorous California women throwing themselves at her handsome husband, as they hardly ever hit the town to party.

Sassy Spice Girl Victoria thinks she and David are quite "boring" people as they don't go out to nightclubs and prefer going to nice restaurants occasionally, but most of the time they are at home watching television and putting the kids to bed.

The couple were recently invited round to Demi Moore and Ashton Kutcher's house for dinner with Penelope Cruz, and ended up playing a game of dominoes until the early hours ... fun, but hardly lifestyles of the rich and famous.

But Victoria and David are certainly rubbing shoulders with the right people; their new set of friends in L.A. include, Tom Cruise and Katie Holmes, Jennifer Lopez and Marc Anthony, and Will Smith and Jada Pinkett -- who are throwing a welcome party for them at Tom and Katie's home this Sunday.