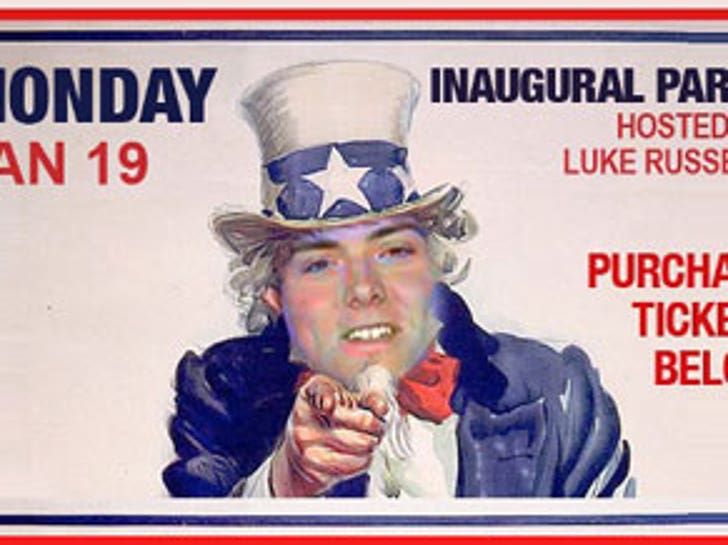 Luke Russert was the major draw for a $95-per-head Inauguration party at a DC hot spot called the Rookery -- below is the invite that went out recently. 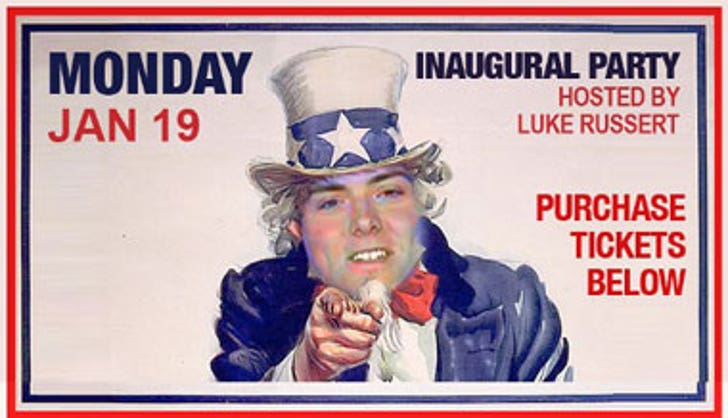 Not so fast, says NBC News, his current employer. According to the Washington Post, they're making the organizers of the event yank his name and photo from invites. "Clearly this is not an NBC event," said a network flack. Russert apparently thought he was signing onto a private event, and didn't know they'd pimp him out.

Still, Russert plans to be there to party.