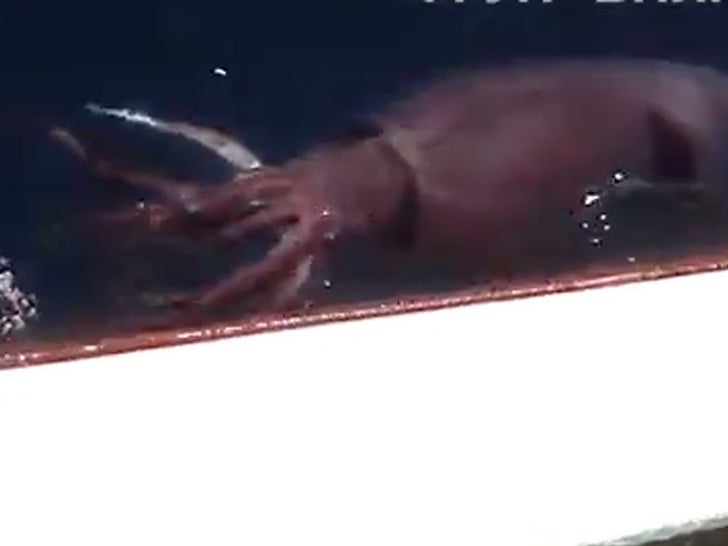 These Russian sailors must have thought they were in Jules Verne’s “20,000 Leagues Under The Sea” ... cause a giant squid came up on the side of their ship with tentacles ready to grab some food.

The colossal sea monster was prodded away by crew as it ripped a fish they caught to pieces ... after hard jabs with a metal pole it finally released the catch and swam off.

Check out the video that proves sharks aren’t the only things you have to be frightened of in the deep blue sea.