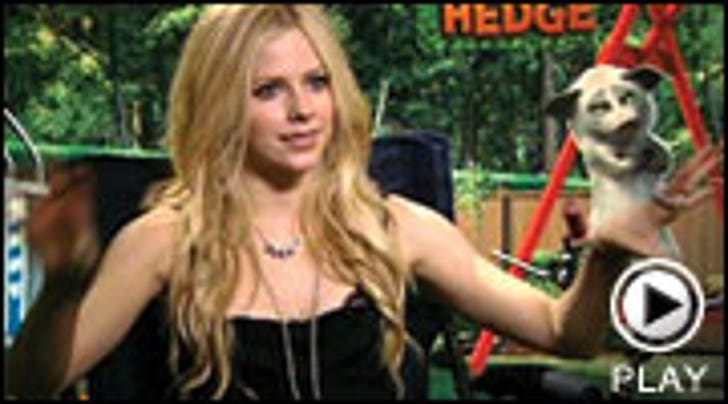 The star-studded cast of the new animated film 'Over the Hedge' discuss working on their new movie.

Singer Avril Lavigne says the most interesting part of recording the dialogue for her character was that she had no co-stars in the booth with her. Or, as Avril puts it, "Going in by yourself, with no one else to kinda feed off of."

Rising comic star Steve Carell descibes how what he thought was an audition suddenly turned into recording all his dialogue in a six hour session.

Bruce Willis, who plays the head racoon, notes that the film is like an animated heist film with woodland creatures. And edgy comedienne Wanda Sykes explains why her skunk character Stella has such an attitude, "I mean, her life stinks!"