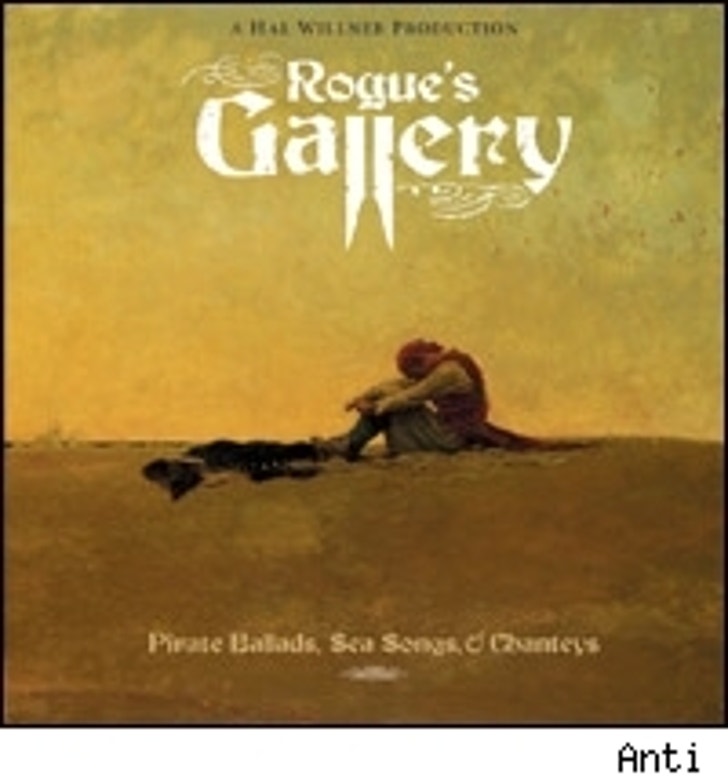 "Pirates of the Caribbean" director Gore Verbinski isn't satisfied with just sharing his vision of pirates, he wants us all to hear their music. Gore Verbinski, Johnny Depp and Hal Willner have joined forces with Anti Records to create "Rogue's Gallery: Pirate Ballads, Sea Songs & Chanteys," a two-disk CD with more songs about the sea and pirates then you can shake a peg leg at.

Bono, Sting, Nick Cave and a host of other singers lend their talent to the swashbuckling album. Artists recorded their songs- usually in less then a day- with any of the six house bands set up in destinations around the globe. At one point, eight songs were recorded in one day by eight different singers.

Over 600 songs were drudged up by producer Willner who rummaged antique stores, eBay and the Internet, culling together the list. The list was eventually shortened to 60 recorded songs, 43 of which made it onto the album, which is slated for a August 22nd release.

Check out Bono's rendition of "A Dying Sailor to His Shipmates" Truly uplifting stuff.