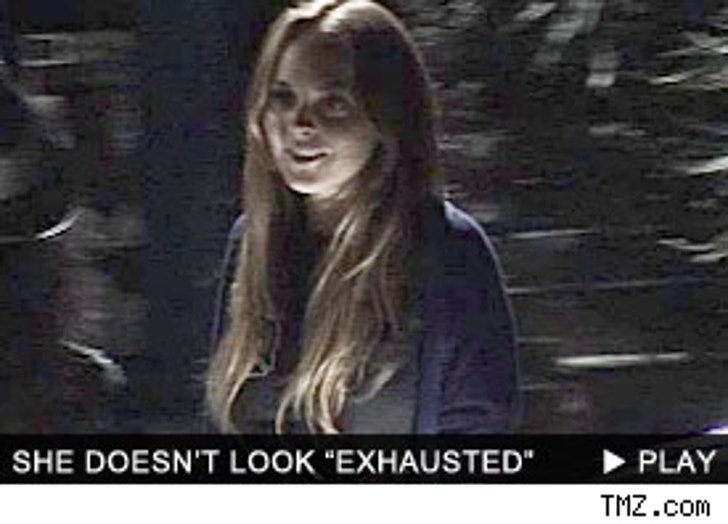 After a scathing letter from the studio head of her latest movie, detailing her lack of professionalism, one would think the starlet would stop, or at least slow, her partying ways. Lindsay proved everyone wrong though by heading to Vegas this weekend and hitting up Hollywood hot spot Hyde last night, continuing her streak of late nights.

Lindsay was spotted in the club's parking lot, hugging and talking with friends. She later drove away in her black Mercedes with an unidentified male in the passenger seat.

Lohan and current flame Harry Morton were in Vegas on Saturday for the final Beacher's Madhouse event at the Hard Rock. Morton was executive producuer of the show which was housed the casino his father once owned.

James G. Robinson, the CEO of Morgan Creek Productions, in a letter to Lohan that was leaked to the press, called her "...discourteous, irresponsible and unprofessional" and went on to say that her actions are those of a spoiled child which has caused her co-workers to feel alienated and "has endangered the quality of this picture."

Lindsay's mother, Dina, has since come to her daughter's aid, saying the letter was "too much" and that Lindsay is "a wonderful child."