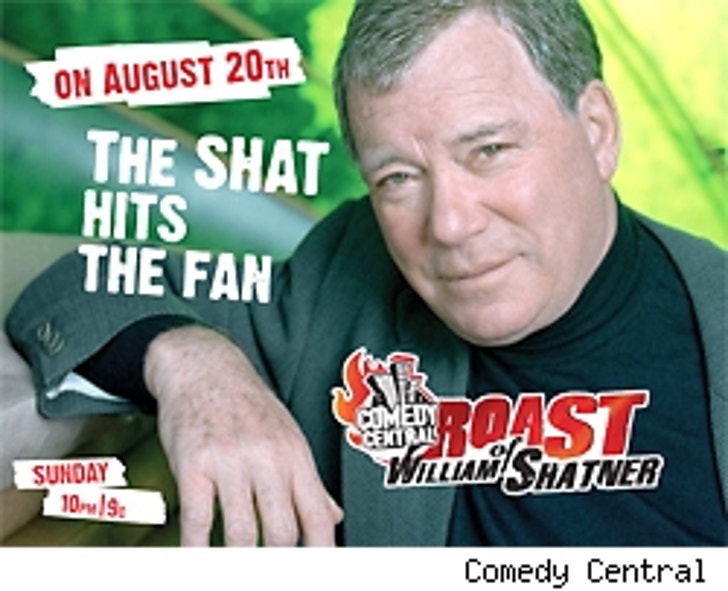 William Shatner, best known for his portrayal of the legendary Captain Kirk on "Star Trek," will face the firing squad when Comedy Central airs "The COMEDY CENTRAL Roast of William Shatner" on August 20 at 10:00 PM.

Jason Alexander will serve as the evening's Roast Master.

This year's Roast will also utilize Comedy Central's online broadband channel, "Motherload." Beginning August 11, users can log on to www.comedycentral.com/motherload to view the uncensored clips from previous Roasts of Pamela Anderson, Jeff Foxworthy and Denis Leary. There will also be outtakes from "COMEDY CENTRAL's Roast of William Shatner" available after its August 20 premiere.

The event tapes this Sunday, August 13, and TMZ will be there. Check back next week for a review of the show and preview clips.