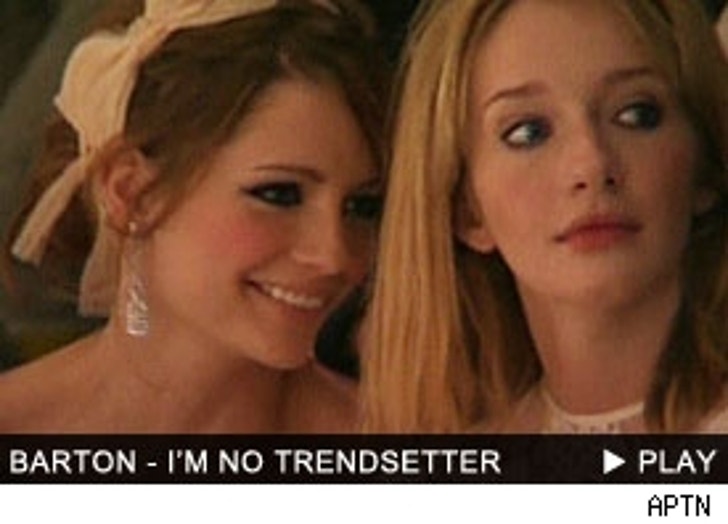 Mischa Barton may have been killed off of "The OC", but she's found a new way to rake in the cash -- paid public appearances. The model-turned-actress was reportedly paid more than $100,000 for her appearance at David Jones' 2006 summer collection fashion show.

Clearly someone wants their clothes to be seen on the Hollywood starlet, who graces the pages of this month's fashion issue of Vanity Fair, though Barton doesn't consider herself a trend setter.

"Definitely there's some things from these designers that I want to wear to events...I think it's so funny when people say you're a trendsetter," she said, "I don't know, I'm not good at trends, I don't think I follow trends really."

One thing's for sure, Mischa may not know as much about fashion as everyone thinks. At a press conference held before the fashion show, Barton wasn't even sure what local designer she was wearing, prompting David Jones' general manager to say, "She's wearing Scanlan & Theodore and Mischa loves it. Alice McCall she also really enjoys wearing."

Mischa may not play a high school-er anymore but that's not an excuse to not do your homework.